Feeling Lucky Is the Future of Search

If you visit the Google homepage on your desktop, you’ll see a rare, prehistoric specimen – one that most Google users don’t see the point of: the “I’m Feeling Lucky” button.

Google has already removed it from most of its interfaces, and even here it only serves as a teaser for various Google nitwit projects. And yet the way things are going, the “Feeling Lucky” ghost may just come back to life – and with a vengeance.

In the early years, the “I’m Feeling Lucky” button was Google’s way of boldly stating “Our results are so great, you can just skip the result lists and head straight to destination #1”. It was a nice, humorous touch, but one that never really caught on as users’ needs grew more complex and less obvious. In fact, it lost Google quite a lot of money, since skipping the result list also meant users saw fewer and fewer sponsored results – Google’s main income source. But usability testing showed that users really liked seeing the button, so Google kept it there for a while.

But there’s another interface rising up that prides itself on returning the first search result without showing you the list. Did you already guess what it is? 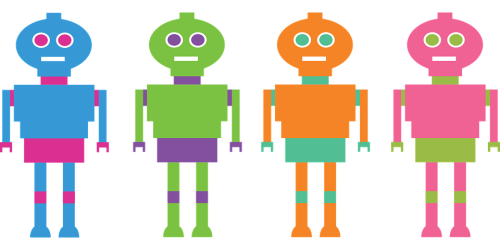 Almost every demo of a new personal assistant product will include questions being answered by the bot tapping into a search engine. The demos will make sure to use simple single-answer cases, like “Who is the governor of California?” That’s extremely neat, and was regarded as science fiction not so many decades ago. Amazing work on query parsing and entity extraction from search results has led to great results on this type of query, and the quality of the query understanding, and resulting answers, is usually outstanding.

However, these are just some of the possible searches we want our bots to run. As we get more and more comfortable with this new interface, we will not want to limit ourselves to one type of query. If you want to be able to get an answer for “Give me a good recipe for sweet potato pie” or “Which Chinese restaurants are open in the area now?”, you need a lot more than a single answer. You need verbosity, you need to be able to refine – which stretches the limits of how we perceive conversational interfaces today.

Part of the problem is that it’s difficult for users to understand the limits of conversational interfaces, especially when bot creators pretend that there are no such limits. Another problem lies in the fact that a natural language interface may simply be a lousy choice for some interaction types, and imposing it on them will only frustrate users.

There is a whole new paradigm of user interaction waiting to be invented, to support non-trivial search and refine through conversation – for all of those many cases where a short exchange and single result will probably not do. We will need to find a way to flip between vocal and visual, manage a seamless thread between devices and screen-based apps, and make digital assistants keep context on a much higher level.

Until then, I guess we’ll continue hoping that we’re feeling lucky. 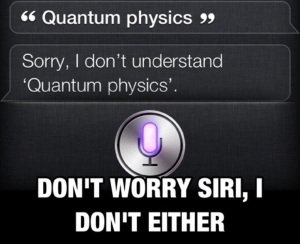 One response to “Feeling Lucky Is the Future of Search”