Amazon Go isn’t about no-checkout. Here’s what we missed.

After long anticipation and a whole year of delay, Amazon Go was finally launched to the general public with much fanfare three weeks ago. Well, that is if you call opening one small store on the ground floor of your giant corporate building – a “launch”. 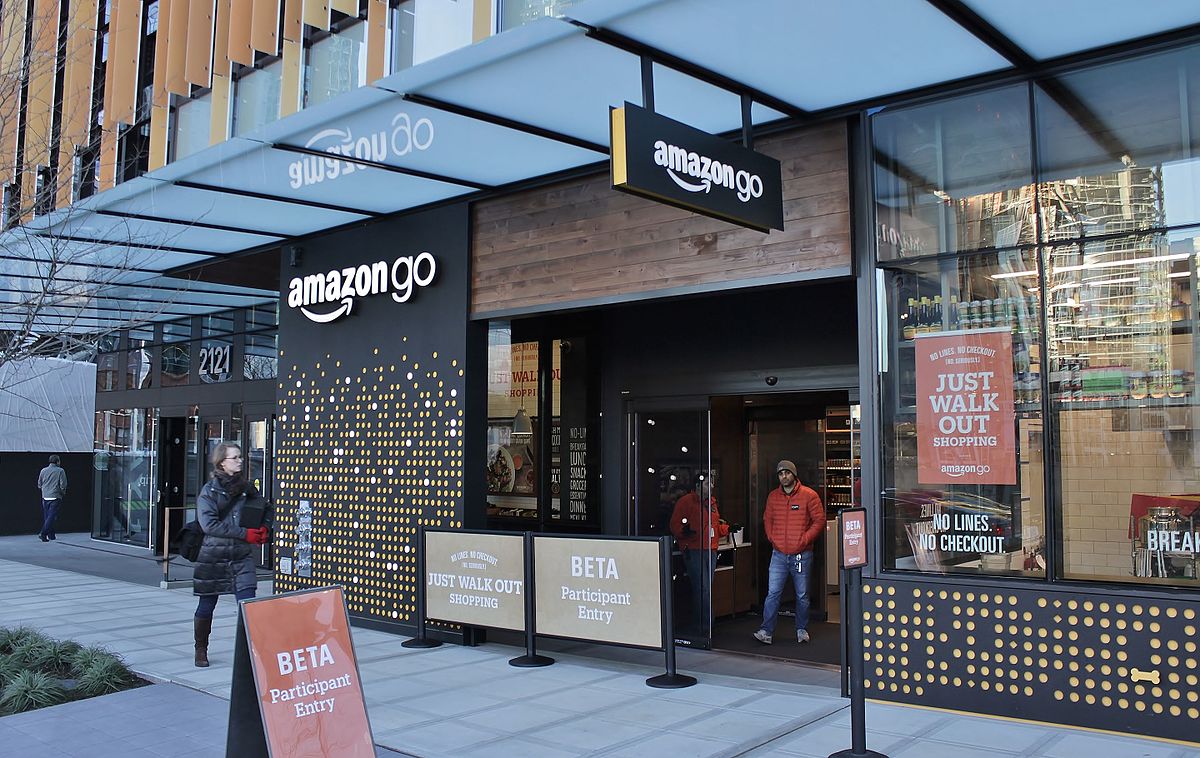 The prototype Amazon Go store at Day One, Seattle. By SounderBruce – CC BY-SA 4.0

The move has reignited the debate about what impact the new technology will have on 2.3M cashiers in the U.S., whose jobs might be eliminated, and on the retail industry as a whole.

But the real question runs deeper. It’s very clear that operating an Amazon Go store comes at a major cost. If all the cost saving is the paychecks of a few cashiers, but the price to pay is installing and maintaining a very large number of advanced sensors – not to mention the initial price of developing the technology – the bottom line is clearly not a profitable one.

Furthermore, if all Amazon wants is to remove the need for cashiers, self-checkout has existed for quite some time and is likely much cheaper to install. Walmart took care to announce that it expanded its “scan and go” app in advance of the Amazon Go launch – yet another alternative. Why is it so critical for Amazon to eliminate the explicit checkout step altogether?

Is it all perhaps just a publicity stunt? Amazon is not known for pulling such stunts; when it launches something big, it’s usually to truly make a strategic move in that direction.

To better understand Amazon’s motivations, we need to go back to how we, the target audience, have been looking at this story, and in particular – the user data story.

If no cashier or RFID readers scan your (virtual) shopping bag, it inherently means that Amazon should have a different way to know what you put in it. Using cameras means it will need even more than that – it will need to know which item you picked up and only looked at, and which item you did decide to purchase eventually.

So, Amazon Go means Amazon should be watching every move you make in the store. In fact, it means Amazon must watch everything you do, or else the whole concept will not work. This requirement that we accept so naturally, this seemingly so obvious conclusion… this is the heart of Amazon’s strategy.

Just think about it: You walk into an Amazon store; your body and face are being scanned and tracked to the point that you can be perfectly recognized; your every move is being tracked and monitored, and all are mapped to a personally identifiable profile tied to your credit card, managed by a powerful private corporation. In any other context, this would trigger a firestorm of privacy and security charges, but for Amazon Go – well, that’s what it takes to deliver on its promise, isn’t it?

What does Amazon gain from this data?

What’s fascinating to notice is that this data enables the transfer of an entire stack of technologies and methodology from online to offline, from the app or site to the brick-and-mortar, which is a dramatic gain. Think about the parallels to what we already came to expect from online –  browse sessions, recommendations, abandoned cart flows… That item you were considering? Amazon now knows you considered it. Data scientists all over the retail world would love to put their hands on such physical, in-store behavioral data.

For now, the technology may be limited to groceries as a first step. But we could expect Amazon to work to expand it – rather than to more locations – to further verticals. Just think of the personalized recommendations and subscription services such a technology could drive in high-end wine stores, as one example.

One indication that may show Amazon is truly after the data rather than the stores themselves will be if Amazon licenses Go to other retailers or small players. This will immediately position it as a data broker. In any case, retailers have yet another good reason to keep a close look on Amazon’s disruptive moves.

This entry was posted in Uncategorized and tagged Amazon, Data Mining, Personalization, Retail. Bookmark the permalink.