So what’s the deal with Google+? is Google really taking on Facebook? is that a classic “me too” play, or something smarter? 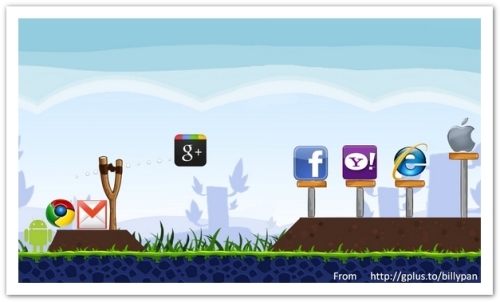 It took me a while to figure out my opinion, but several interesting articles got the stars aligned just right for a split second to make some sense (until some new developments will soon de-align them again :-)).

Google+ is Google’s take on Social.

Yes, I know, who would have thought?…
It’s just that Google’s definition of Social is a bit different.

At Facebook (and really, for most of us), Social is about conversations with people you actually know.
At Google, Social is the new alias for Personalization.

It’s pretty simple: Google’s business model has always meant the more I know about you, the better I can monetize through more targeted ads. At first, it was all about the search engine being where you always start your surfing, and Google was well seated. As traffic to social networks grew, culminating with Facebook overtaking Google on March 2010, it became increasingly clear that a larger portion of our information starts being served to us from social networks. Google was left out.

Why was that so important? Google still had tons of searches, an ever-growing email market share, and successful news aggregation and rss reader, among other assets. That’s quite a lot to know about us, isn’t it?

It turned out that the missing link often was the starting point. You would learn about the new thing, the new trend, the new gadget you want to get, while you were out of Google’s reach. By the time you got into the Google web, you may have already got your mind set on what you want to get and even where, making the Google ads a lot less effective.

The Follow versus Friend model is also a huge issue. It means that G+ is about self-publishing and positioning yourself, and not about conversations. That suits Google very well, and is not just a differentiation from FB. This model drives you to follow based on interest, building an interest graph rather than a social graph, and being a lot more useful to profiling you than your social connections.

That interest graph, in turn, makes sure your first encounter with those things that make you tick is inside the Google web. It also links back well to the fine assets that Google holds today, from your docs to your publishing tools. So when Google News announces those funny badges, and you may have thought “Heh, who would want to put these stinking badges on their profiles…” – think again. Their private nature is just fine for Google. It’s a way to ask you to validate your inferred interests: “So tell us, is that interest of yours in US politics that we have inferred from your news reading a real inherent interest, or was it just a transient interest that will melt away after the election?“. Again – big difference for profiling.

Finally, Google+ is positioned to be a professional network. Focusing on interests and having anyone able to follow you, will keep away the teens and lure the self-proclaimed professionals. In that sense, LinkedIn may have more of a reason for concern, at least as the content network it now tries to be. It’s quite likely that G+ does not even aim to unseat Facebook, only to dry it out of its professional appeal, and leave it with what we started with – party/kids photos and keeping track of what those old friends are up to.

One response to “Thoughts on Plus”